Which of the following is helpful in determining specific allergen sensitivity -

ANSWER -D
A radioallergosorbent test (RAST) is a blood test using radioimmunoassay test to detect specific IgE antibodies, to determine the substances a subject is allergic to.
blood tests look for IgE antibodies in your blood that are specific to a certain food or other allergen. The higher the level of IgE, the more likely you are to have an allergy to that particular food.

Allergy tests are performed with proven allergens EXCEPT –

ANSWER -D
To ensure that the skin is reacting in the way it is supposed to, all skin allergy tests are also performed with proven allergens like histamine, and non-allergens like glycerin.

Bifid uvula has been described in patients with –

ANSWER -A
Bifid uvula seen in patients with Loeys-Dietz syndrome

All of the following are correct for Loeys–Dietz syndrome EXCEPT -

ANSWER -C
Findings of hypertelorism (widely spaced eyes), bifid or split uvula, and skin findings such as easy bruising or abnormal scars may distinguish Loeys–Dietz from Marfan syndrome. There is overlap in the manifestations of Loeys–Dietz and Marfan syndromes, including increased risk of ascending aortic aneurysm and aortic dissection, abnormally long limbs and fingers, and dural ectasia.

Orange tonsils are characteristic of –

ANSWER -B
Tangier's disease develop various cholesterol ester depositions. These are especially visible in the tonsils, as they may appear yellow/orange.

ANSWER -C
Apolipoprotein A1 is the major protein component of HDL particles in plasma.

ANSWER -D
The INTERHEART study found that the ApoB100 / ApoA1 ratio is more effective at predicting heart attack risk, in patients who had had an acute myocardial infarction, than either the ApoB100 or ApoA1 measure alone.

ALL of the following is TRUE for ApoA1 Milano EXCEPT–

ANSWER -B
Significantly reduced cardiovascular disease, even though it caused a reduction in HDL levels and an increase in triglyceride levels.
It is characterised by the replacement of arginine by cysteine at position 173.

Blue sclerae are a feature of –

ANSWER -D
Osteogenesis imperfecta are born with defective connective tissue, or without the ability to make it, usually because of a deficiency of Type-I collagen

Which of the following is TRUE about Osteogenesis imperfecta EXCEPT -

ANSWER -B
Hearing loss frequently begins between the second and fourth decade of life, and may be conductive, sensorineural, or mixed in nature.

Osteogenesis Imperfecta has deficiency of -

ANSWER -A
Osteogenesis Imperfecta has deficiency of Type-I collagen.


The five most common types are:

ANSWER -B
Hollenhorst plaque is a cholesterol embolus lodged within the retinal vessel that originated from an atheromatous plaque in a more proximal (upstream) vessel, usually the internal carotid artery.

All of the following are TRUE regarding Hollenhorst plaque EXCEPT –

ANSWER -B
Hollenhorst plaque is a cholesterol embolus lodged within the retinal vessel that originated from an atheromatous plaque in a more proximal (upstream) vessel, usually the internal carotid artery.

Most common cause of saddle-nose deformity –

ANSWER -B
The most common cause is nasal trauma.

Obstructive lung disease is suggested by-

Straight back syndrome is usually associated with -

ANSWER -A
The straight back syndrome, consisting of loss of normal upper thoracic spinal curvature.It is associated with cardiac murmurs and radiographic cardiomegaly. It is considered a form of 'pseudoheart disease' which has been attributed to the heart in the reduced AP diameter of the chest.
Usually this condition is accompanied by Pectus excavatum.

Most common peripheral arterial aneurysms are –

ANSWER -A
About 70% of peripheral arterial aneurysms are popliteal aneurysms; 20% are iliofemoral aneurysms. Aneurysms at these locations frequently accompany abdominal aortic aneurysms, and > 50% are bilateral.

Fingerized thumb is seen in –

Arachnodactyly is seen in all of the following EXCEPT –

All of the following are TRUE for Osler’s nodes EXCEPT –

ANSWER -A
Osler’s nodes are tender, raised nodules on the pads of the fingers or toes. It is caused by immune complex deposition.

What % of endocarditis patients will have Osler's nodes?

ANSWER -C
10–25% of endocarditis patients will have Osler's nodes

Red spots with white or pale centres, seen on the retina are called =

ANSWER -A
Roth's spots, also known as Litten spots or the Litten sign. Roth's spots are non-specific red spots with white or pale centres, seen on the retina and although traditionally associated with infective endocarditis.
It is also seen in a number of other conditions including hypertension, diabetes, collagen vascular disease, extreme hypoxia, leukemia and HIV.

In Infective endocarditis JANEWAY LESIONS most commonly seen in –

ANSWER -B
Janeway lesions are rare, non-tender, small erythematous or haemorrhagic macular, papular or nodular lesions on the palms or soles.
Most commonly found on the palms and soles, particularly on the base of the thumb and little finger.

Cannon a wave in JVP seen in –

ANSWER -A
Cannon a wave occurs with atrioventricular (AV) dissociation and right atrial contraction against a closed tricuspid valve.

ANSWER -A
Normally, the venous pressure should fall by at least 3 mmHg with inspiration

Kussmaul’s sign is seen in all of the following EXCEPT –

ANSWER -C
Kussmaul’s sign is defined by either a rise or a lack of fall of the JVP with inspiration and is classically associated with constrictive pericarditis, although it has been reported in patients with restrictive cardiomyopathy, massive pulmonary embolism, right ventricular infarction, and advanced left ventricular (LV) systolic heart failure. 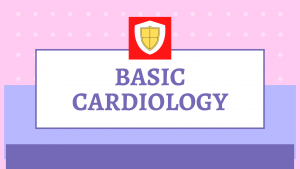